Acidification of the seas is often considered the "other problem" associated with the increase of the carbon dioxide (CO2) concentration in the atmosphere, additional to global warming.

This impact is not related to the greenhouse effect, namely the capture of energy by the gas present in the atmosphere, but to some chemical reactions that occur in seawater involving CO2 and affecting the water acidity. Approximately one-third of the CO2 emitted into the atmosphere is absorbed by seawater, where it turns into carbonic acid, which readily dissociates intoions bicarbonate, carbonate and H+: the latter increase the acidity of seawater. The more CO2 in the atmosphere, the higher the concentration of H+ and the lower the pH of seawater.

Higher seawater acidity can damage marine ecosystems in various ways, for example by limiting the formation of calcium carbonate of which the shells and the skeletons of many marine organisms, such as corals, shells and plankton, are composed. If the water is acidic, these organisms cannot develop properly and proliferate, causing severe damage to the ecosystem.

One of the signs of acidification of the seas is the degradation of coral reefs, delicate and wonderfully complex ecosystems. Their whitening, i.e. the progressive loss of microalgae that cover the corals and that support the growth, also damages the organisms that find shelter and food, even those who do not suffer directly for the higher acidity.

However, the acidification of the oceans and the global warming should not be seen as separate issues, because they have many ties. Increasing oceans temperature further worsens the damage of acidification on many marine organisms. For corals, warmer surface waters are now the primary cause of bleaching phenomena that have devastated many reefs, including those that in 2016 and 2017 led to the decay of half of the Great barrier reefs in Australia.

The problem of acidification of the seas also concerns the Mediterranean, as shown by the results of the European project MedSEA.

To contrast acidification of the seas, the discharge of alkaline substances has been proposed, in order to increase the pH and at the same time to allow for higher removal of CO2 from the atmosphere. This technique is called "ocean alkalinization" or "ocean liming". The operating procedures, benefits or potential risks to marine ecosystems are currently studied by several research groups, and are one of the research activities of the project DESARC-MARESANUS.

To know more about:

Video: Testing the Waters: Acidification in the Mediterranean 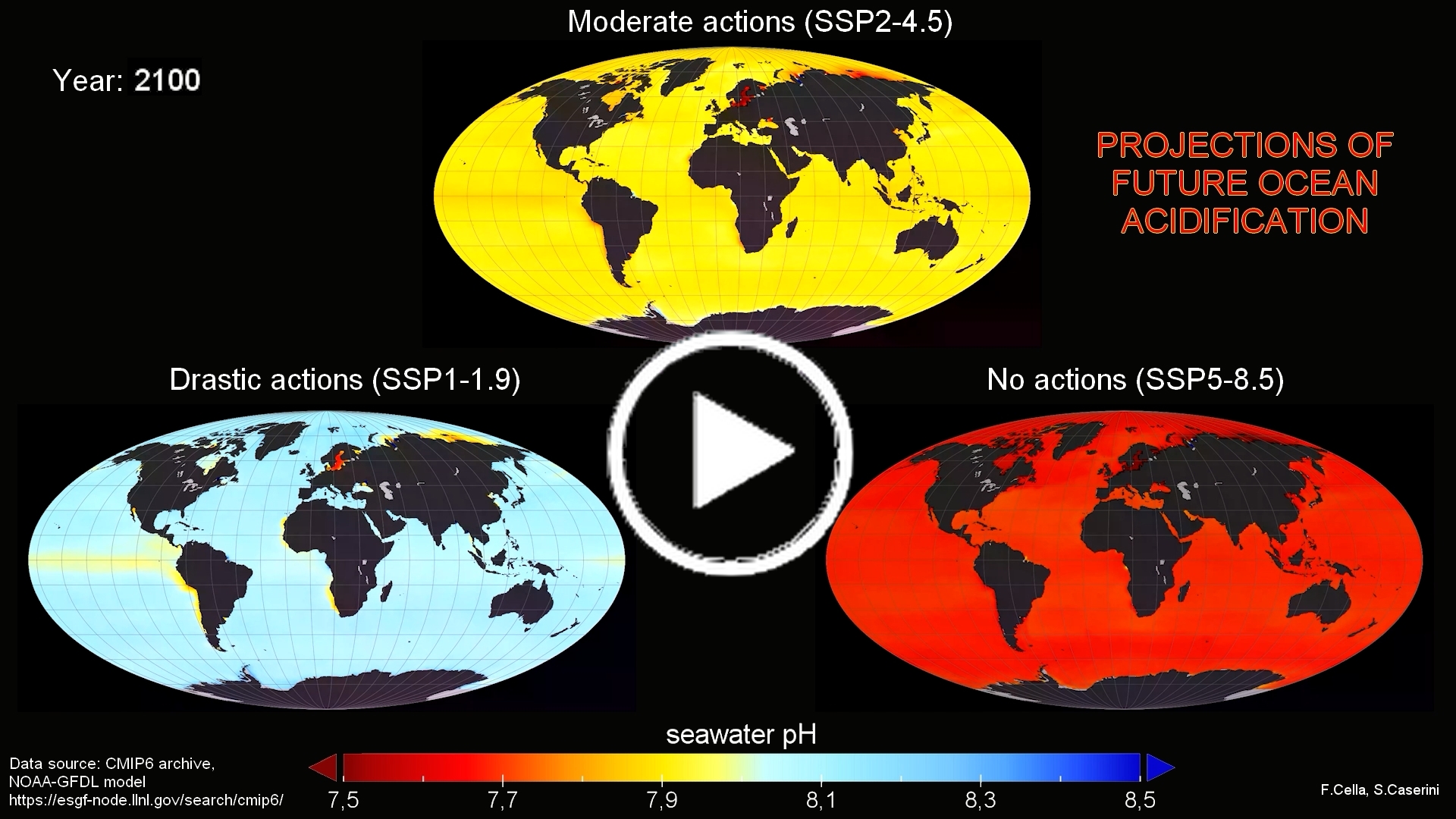 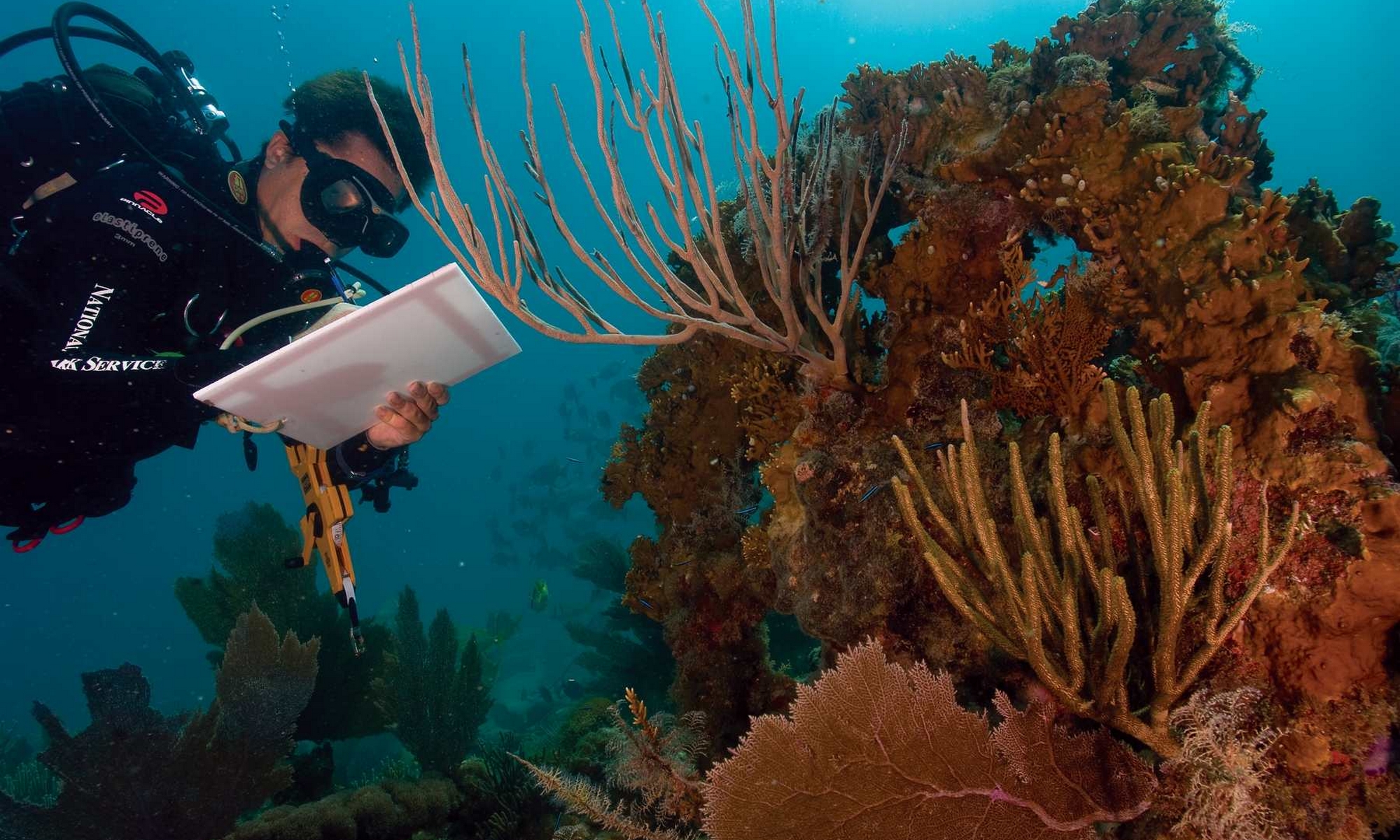 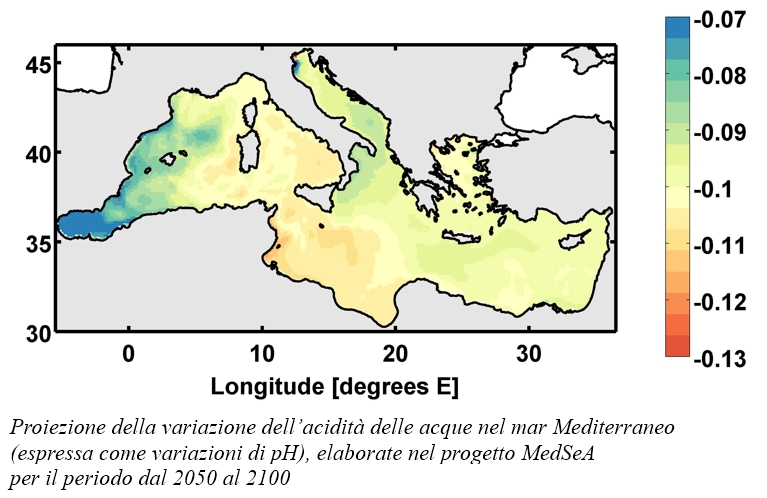